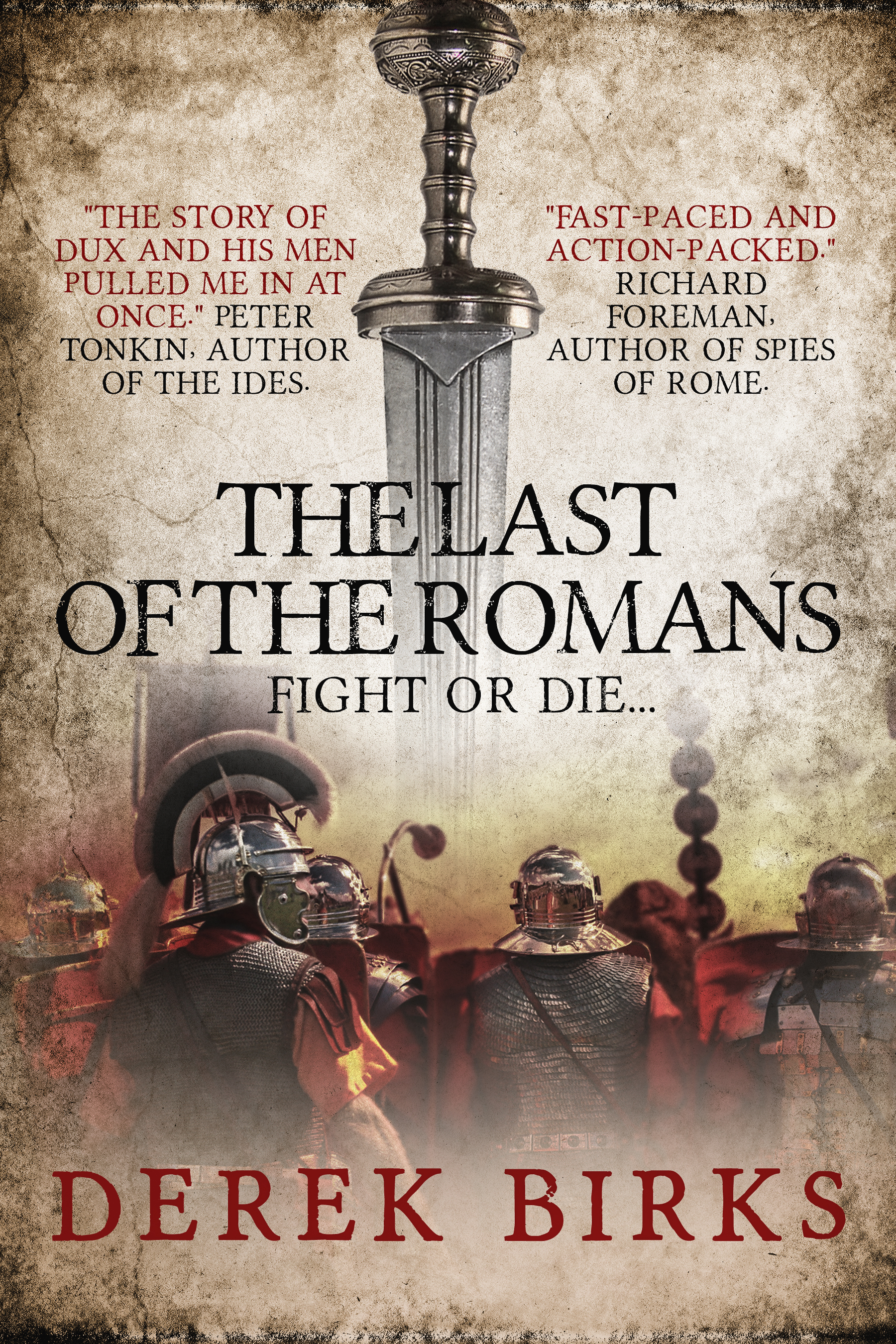 The Last of the Romans

'The Story of Dux and his men pulled me in at once.' Peter Tonkin, author of The Ides

Dux Ambrosius Aurelianus has served the Roman Empire with distinction.  His bucellarii, a small band of irregular soldiers, have helped to bring a fragile peace to the beleaguered empire in the west. But, with the empire now at peace, his master, Flavius Aetius, decides to chain up his dogs of war.
Ambrosius and his men are left to idle away their days in a rural backwater, but Ambrosius’ boredom is brutally swept aside when old rivals seize the opportunity to destroy him.
Pursued as a traitor by the imperial guard, Ambrosius takes his loyal band, along with other dissident soldiers and a Saxon girl, Inga, into the mountains.
Since nowhere is safe, Ambrosius travels north, across the crumbling ruins of the empire, to his estranged family in Gaul. But there too, he finds nothing but conflict, for his home town is now besieged by a small army of rebellious Franks.
Freedom and peace seem a world away.
Whatever course the soldier takes, Ambrosius and his bucellarii will need to muster all their strength and skill to survive.
At the twilight of the empire, they may be the Last of the Romans…

'Fast-paced and action-packed.' Richard Foreman, author of Spies of Rome