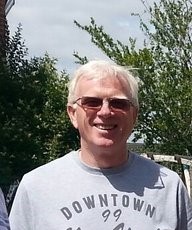 I was born in Hampshire in England but I now live in Dorset. However, in my youth I was lucky enough to spend over eight years living in Auckland, New Zealand. I went there when most intercontinental passengers travelled by ship not aeroplane. New Zealand was deserted and unspoilt and I had a great time growing up there. Even now, many years later, it is still a beautiful country.
I returned to England and read History at Reading University before embarking on a career in secondary school teaching. That experience enabled me to gain some small insight into what people find interesting in historical material - useful knowledge for an historical fiction writer!
I enjoyed teaching but writing stories was my first love. I wrote my first book before I was 17 - it was complete rubbish and fortunately was never published! A full time teaching career left little time to concentrate on writing and I had to content myself with other creative outlets. I spent many hours stage managing outdoor Shakespeare plays and musicals.
I’ve read historical fiction for as long as I can remember starting with Robin Hood, King Arthur, and Alexandre Dumas' Three Musketeers. More recently my own favourite author has been Bernard Cornwell and I suppose his work has influenced my humble efforts more than any other.

Apart from writing, I enjoy travelling  and I spend my spare time gardening, walking and reading. For a number of years I took part in a long term dig at a Roman villa site.

My early books were all set in the Wars of the Roses period, but more recently I have been immersed in post-Roman Britain - a fascinating and largely unknown time.

I became very attracted to the idea of writing my own historical fiction but, because of the demands of the job, the only way I could fulfil this passion was to take early retirement. When I finally took the plunge and began writing and researching my first book, it was a very steep learning curve. It took me several years to finish my debut book, Feud, in 2012.  Feud became the first of the Rebels and Brothers series and each year since then I've brought out another book in the series until The Last Shroud where the series ended.
And what then?
Well, the second Wars of the Roses series is called The Craft of Kings. It moves the story of the Elder family on another ten years or so and the first book, Scars From the Past,  introduces the reader to a whole new raft of characters, many of whom are the next generation of the Elder family.
The sequel, The Blood of Princes, was published in March 2018 and focused on the crisis of 1483 when Richard of Gloucester took the throne from his young nephew, Edward V. In the third book in the series, Echoes of Treason, we find the Elder family scattered to the four winds until they are caught up in a rebellion against Richard III in October 1483. The final book, Crown of Fear, will be published in 2021.
My new series is set mainly in post-Roman Britain but starts in Rome with The Last of the Romans which focuses on the real historical character of Ambrosius Aurelianus. The sequel, Britannia: World's End, takes us to fifth century Britain. 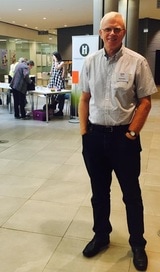 I am always happy to talk to readers or anyone else who is interested either in historical fiction or the history of the Wars of the Roses period.

Please use this form to get in touch with me