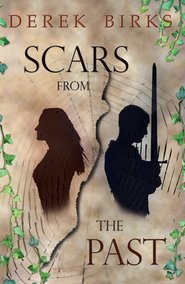 SCARS FROM THE PAST

An unwelcome legacy. An impossible love. A relentless enemy. . .

By 1481, England has been free from civil war for ten years.
The Elder family have discovered a fragile peace in the lands they fought to win back, yet scars from the past remain with them all. Given time, they might heal. But when did the Elders ever have enough time? And close to home, in Ludlow, trouble is stirring.

Born out of the bloody devastation of the Wars of the Roses, young John Elder is now the heir to his father’s legacy, but he finds it a poisonous one. Driven from the woman he loves by a duty he fears, John abandons his legacy and flees the country to become a mercenary in Flanders.

In his absence, stalked by a ruthless outlaw, the Elder family must survive a deadly storm of blood and chaos. When the young heir to the throne, Edward, Prince of Wales, is caught up in their bitter struggle, the future appears bleak.
Only if the Elders can put the scars from the past behind them, is there any hope of survival.

"Derek Birks has a way of invoking all your senses and emotions when reading his books. The action keeps you on the edge of your seat; but there is an emotional aspect too. These people are all-too- human, subject to insecurity, rash actions and incredible heroism and you feel every emotion as you join their journey."  The Review.