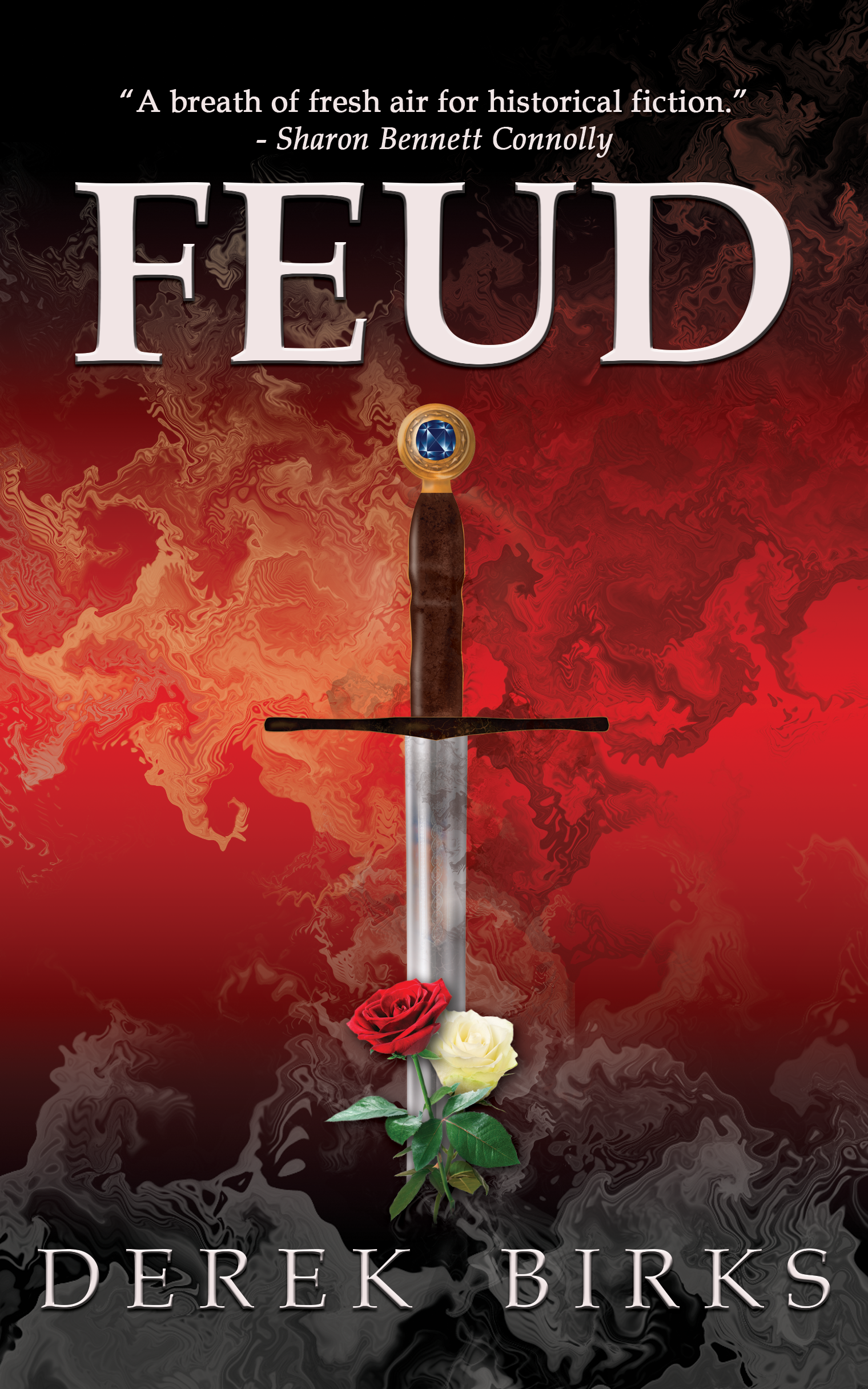 PART ONE: THE OLD FEUD

Emma…
There was a powerful hammering on the oak gate at Elder Hall. Emma watched Lynton, the elderly estate steward, trudge up to the top of the small, stone gatehouse to see who was making such a clattering.
“It’s your … neighbour, Lord Radcliffe, my lady,” he announced, “with some men at arms…”
“What does he want?” Emma muttered to herself. The interruption was an irritation but also a little intriguing for she knew well enough her father’s opinion of Lord Radcliffe and it was far from favourable.
“What’s your business, my lord?” Lynton's tone was brusque as he called out from the wall.
“My business is with your mistress, you old turd, so fetch her here!” shouted Lord Radcliffe.
“Better wait then,” replied the steward.
Emma couldn’t suppress a smile as the taciturn servant took his time making his way back down the narrow steps to the courtyard. She had been cutting the last of the lavender in her small herb garden – one of the indulgences her father allowed his seventeen year old as a reward for managing his household. The blue flowers of borage and lavender were past their best now, she thought as she got up and went to the gate, still clutching the bundle of lavender stalks.
“God give you good day, my lord,” she called through the gate, “how may I be of service?”
“Lady, I’d gladly bid you good day but please open the gate, for I bear grave news.”
Emma glanced at Lynton who shook his head. “With your father and brothers not here, my lady – it’s not safe.”

“Oh, let him in, Lynton; there’ll be no peace until we do. I’ll see what he wants but the rest can wait outside.”
The old man muttered to himself as he struggled to unbar the gate.
She brushed some broken lavender stems from her robe and pushed a stray lock of black hair under her wimple whilst Lynton slowly dragged one of the gates open. Before he had done so, however, it was given a hefty shove from outside as Robert Radcliffe rode through, his horse knocking Lynton to one side. The old man tumbled back onto the cobbles and rolled on to his knees, cursing.
“My lord!” protested Emma.
Lord Robert dismounted. She had not seen him for several years. He was a powerfully built man in his late forties though his dark shock of black hair was beginning to reveal flecks of grey. Time, she decided, had not been generous to his once handsome face.
“Your dear father is dead,” he stated bluntly. “Tried and executed for treason.”
This terse announcement delivered, he carried on whilst she was struggling to grasp what he had just said. “Your brothers are also dead… killed by outlaws in the forest.”
Emma let fall the lavender stalks. She had not seen Tom for weeks but Ned had ridden out only a few hours earlier.
“Surely Ned is on the estate still?” she said. Lord Robert took her arm but it did not reassure her.
“Lady, we’ve no time for delay. I’ll take you to Yoredale Castle – you’ll be safe there.”
“But I’m safe here, my lord,” she replied, shrugging off his hand.
Abruptly the veneer of sympathetic cordiality fell away. He seized her by the throat and pinned her to the dusty gatehouse wall.
“Hold your tongue, girl! Your shit of a father married into what little nobility he had and you’re just the dregs of his traitorous loins!”
Without hesitation, he lifted her bodily and threw her onto a horse. “Still, now he’s dead, I’m sure I’ll find a use for you.”
“No!” Emma screamed.
Lynton made to seize the horse’s rein but stumbled as he did so and Lord Robert cuffed him down with his gauntlet. Mounting his horse, Lord Robert took her reins and dragged her horse out of the gate and along the road to Yoredale Castle, whilst his retainers dismounted to begin the plundering of Elder Hall.